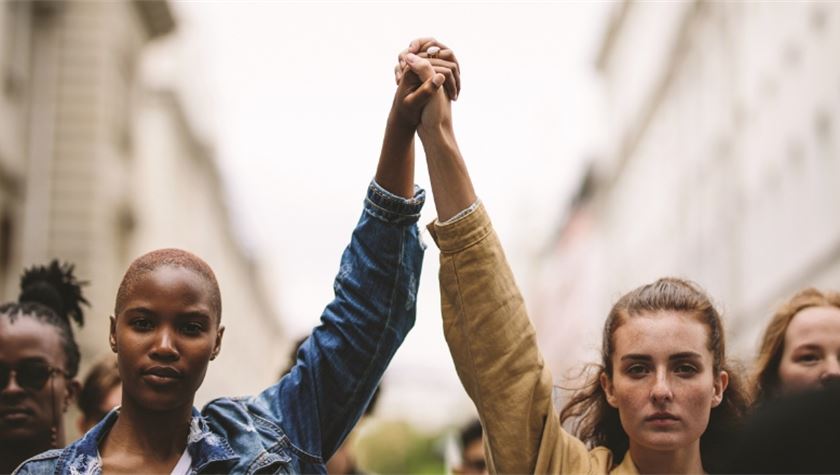 Article and image published by the Parliament Magazine.

In order to truly tackle the scourge of racism, we must maintain the momentum and awareness raised through the Black Lives Matter movement, argues Evin Incir.

This International Day for the Elimination of Racial Discrimination might bring more attention to the fight against racism than it usually does, due to the events of last year. This year has the potential to be different, with the European Commission holding the first EU Anti-Racism Summit to mark this day, albeit a few days earlier. In 2020, both the International Day and the Summit were marked in the first-ever EU wide anti-racism policy – the EU Anti-Racism Action Plan.

The Action Plan was put forward after Parliament called for it in a resolution, which carries the name of George Floyd, who was killed at the hands of police – a testament to the systemic racism among police officers. These actions by the Commission and other EU institutions clearly reflect the momentum and impact of the civil engagement sparked by the Black Lives Matter protests, within and outside of Europe.

The Commission has met with us in the Anti-Racism and Diversity Intergroup (ARDI) halfway several times. We are determined to focus on the discussions concerning the implementation and potential of the new Action Plan. After all, an action plan without action is nothing more than a way to silence and perpetuate the status quo. I emphasised that the conditions for its implementation must be made clear.

For example, I would like to see the Commission develop a transparent and simple monitoring mechanism so we – along with all citizens – can appreciate the efforts made and the progress achieved. If we are to bring about real change in tackling the systemic racism that permeates our institutions, we will have to maintain the momentum and awareness raised through the Black Lives Matter movement.

We will have to work hard to make sure that the voices chanting “I can’t breathe” reach the most influential people in positions of power. The Action Plan contains serious measures and the Commission will coordinate, via a small team, work specifically on antiracism measures. It is vital that civil society and racialised communities are involved in the development of policy and implementation, as we will no doubt face resistance in our efforts.

There is still a lot of work ahead of us, but more and more racialised people are speaking up in order to share their wisdom about systemic racism with us. The struggle is, and always has been, real. Unfortunately, in Europe, we still face a great deal of resistance when it comes to the implementation of tangible measures, such as affirmative action.

For us – as racialised people – this would mean having racism-conscious practices and bridging inequalities caused by racial injustice. For many others, this means acknowledging their white privilege. Far-right terrorist acts have risen exponentially since 2014, with an increase in fatalities over the last five years, according to the Global Terrorism Index.

In my own home country of Sweden, attacks against afro- swedes and the Jewish community have made headlines in recent years. This is a very disturbing development that needs to be taken seriously. Just like in many other European countries, it is fuelled by the intensified boldness in rhetoric of the right-wing nationalists and conservative parties in and outside of Parliament.

It is crucial that specific funds are allocated for counter-terrorism activities and other specific measures aimed at creating a better socio-economic environment on the outskirts of our cities or in low-income neighbourhoods. For example, through specific preventative programs targeting the vulnerable youth more prone to radicalisation, or for countermeasures to address online terrorist content.

I will keep fighting for racial justice – encouraged by recent positive developments, I am and always will be, confident that we can and will change our societies for the better. It is important to continue strengthening the existing good cooperation around racism with the anti-racist groups and organisations of our civil society, Commissioner Dalli, colleagues at the European Commission, local partners and many others who join us in our struggle.

It is, however, more important to ensure that national authorities follow suit and implement our recommendations. We have come a long way, but we need to go further. The International Day for the Elimination of Racial Discrimination gives us much food for thought and provides the opportunity to reflect on racial discrimination. It provides a space for anti-racism work to be carried out, in a context where it is rarely on the agenda. It provides us with an opportunity to highlight the most taboo topics when it comes to the manifestations of racism – racially-motivated police brutality, systemic racism reflected in discriminatory practices by social services and health institutions, among others.

Finally, on this day, let us not forget the names of those who have fallen victim to the lethal violence that racism can lead to, while also naming the perpetrators and bringing them swiftly to justice.

Article and image published by the Parliament Magazine.